I was inspired by my sister The Craftaholic Witch to make this origami pumpkin craft. Paper pumpkin DIY projects are suitable for fall decorations.

If you want to add some extra pumpkin with your curved pumpkins you can try out this origami pumpkin idea.

I tried to keep it as simple as I could but, you know origami crafts are very long. I have a video tutorial on how to make an origami pumpkin on my Pinterest and Youtube. If you are confused about a few steps in this picture tutorial I suggest that you go check out my Pinterest for this craft.

After making all the folds you will notice a hole on the top part of the origami folded piece, blow air into the hole to inflate the origami piece to give it your origami pumpkin shape.

Cut out a rectangular-shaped green craft paper to make the stem.

Start rolling the craft paper from one corner/

Roll the whole piece to make the pumpkin stem, and apply glue to secure the roll.

Step 8: How To Make Origami Leaf

Fold the leaf in half.

Make some zigzag folds on the leaf.

Open up the fold to reveal your leaf.

Put the paper stem of the pumpkin through the hole we used to inflate the pumpkin. And, glue the leaf on the stem.

Step 9: How To Make Swirly Vines:

Use a quilling tool to roll the green paper strip.

Then, pull the ends of the strip to make swirly vines for the pumpkin.

How Can You Use This Shape House Craft For Kids: 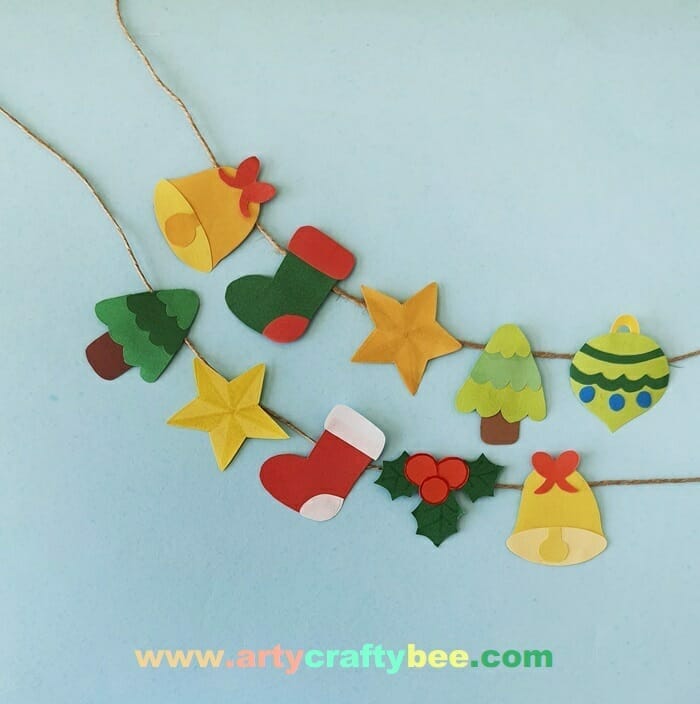 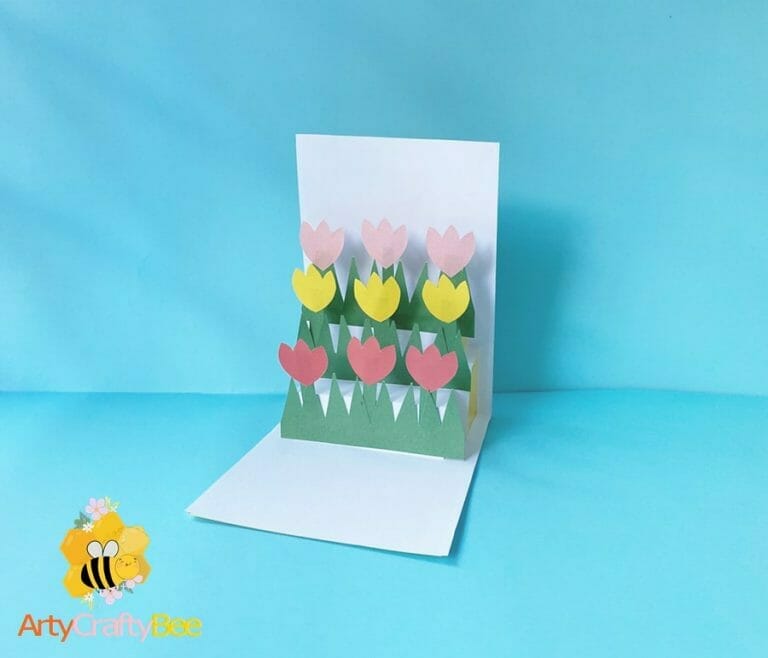 Learn to make a Tulip Pop Up Card for Valentine’s Day in 30 minutes. Can you ever get enough of Pop Up card ideas? If you are looking for how… 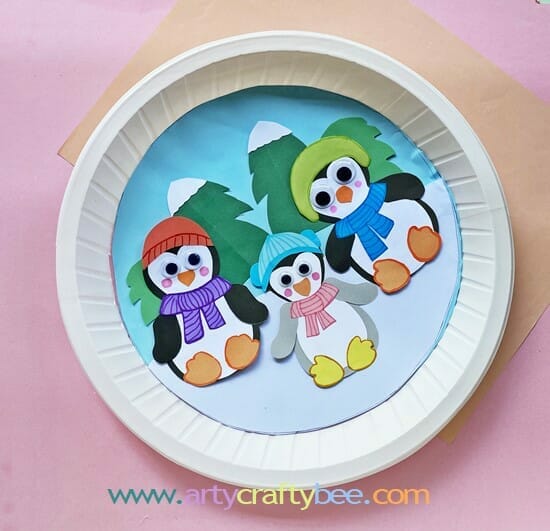 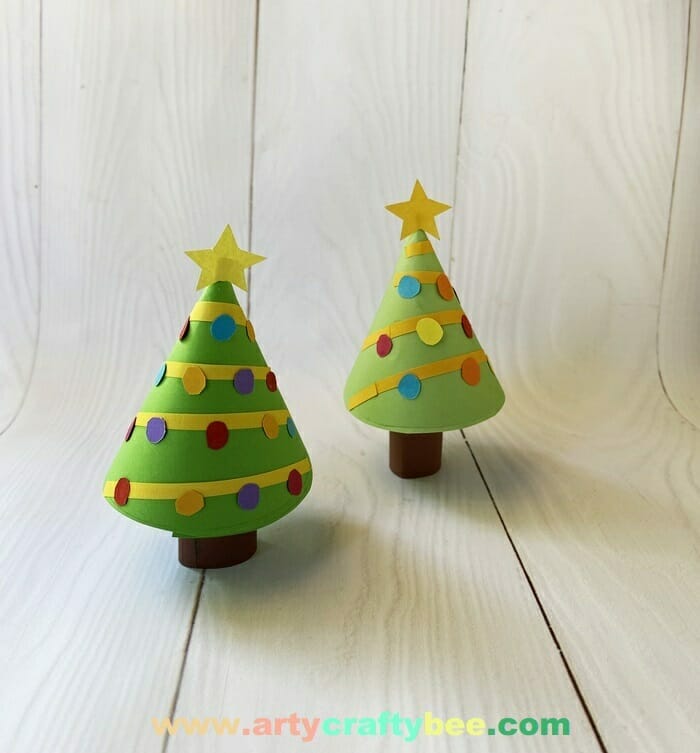 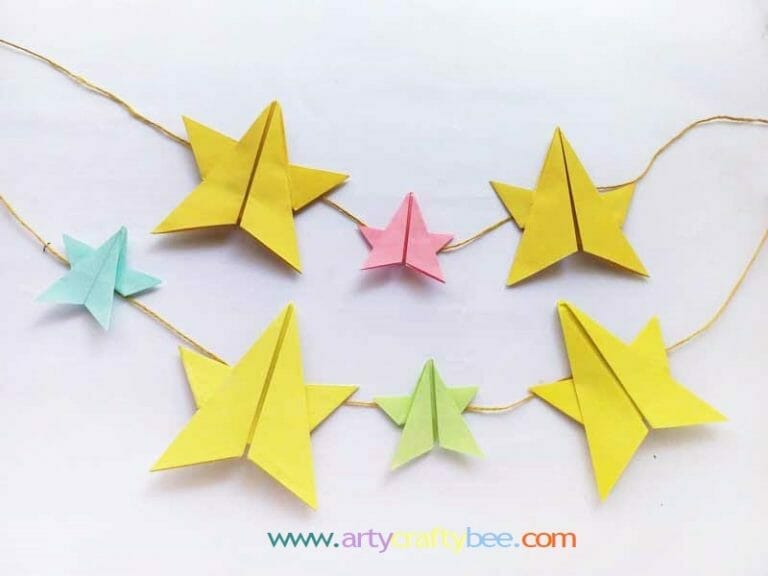 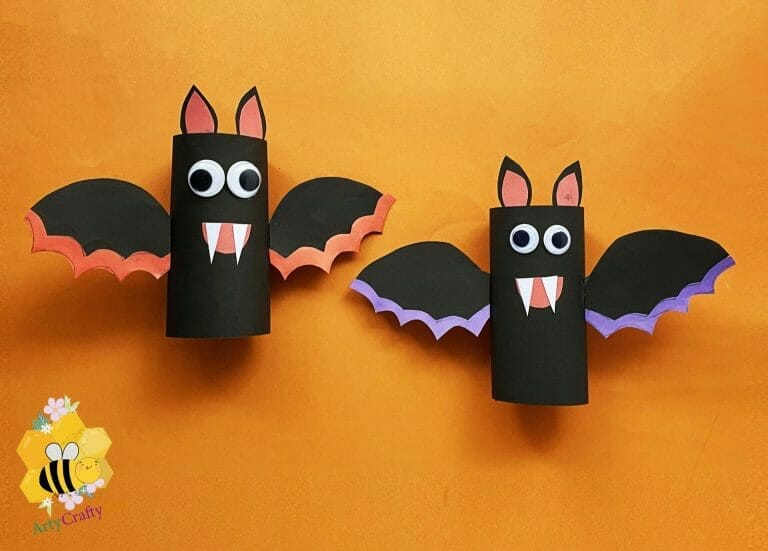 Learn how to make Toilet paper Roll Bat decorations for this Halloween. Do you want to decorate your home with spooky paper crafts this Halloween? Halloween crafts easy to make…